Get fresh music recommendations delivered to your inbox every Friday.
We've updated our Terms of Use. You can review the changes here.

to maintain diversity in a multi​-​objective particle swarm optimizer

by merge into stripes 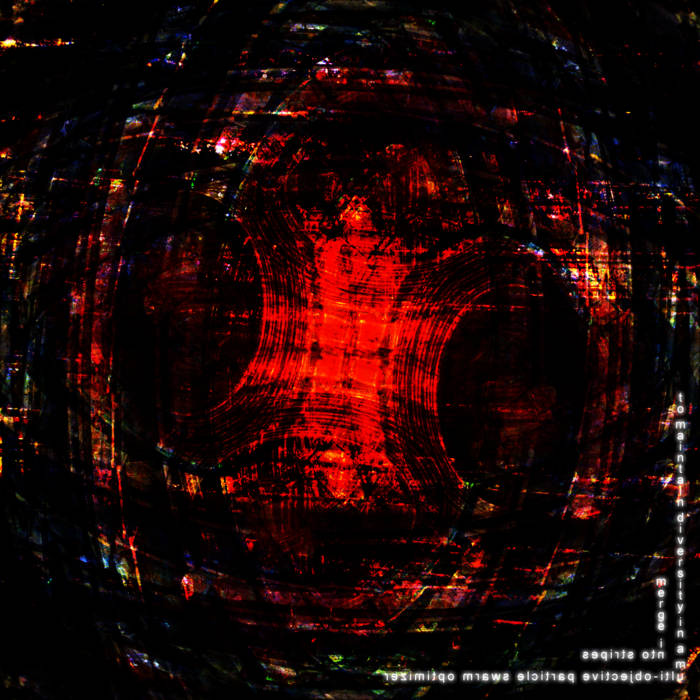 Several years in the making, 'To Maintain Diversity in a Multi-Objective Particle Swarm Optimizer' is, like the first two 'Merge Into Stripes' albums, a double disc. Disc One ends with P1; Disc Two begins with N4. Please listen accordingly, to avoid Merge Fatigue Syndrome.

Additional note: the series of pieces entitled 'N' (1-4) are unique in the Merge catalogue for the compositional procedures involved. At the time of their creation, Bendy was living in the UK, so these pieces were conceived as being some sort of experiment in Space and Time: ADM would improvise pieces in his home in Australia, then email the pieces to Bendy in the UK, where he would apply his effects and machines - without first listening to the tracks - resulting in pieces that were doubly improvised across the world, and in different timezones. Accordingly ADM created his pieces and sent them to the UK with the wonders of the InterNet. Perhaps a year later, perhaps more, the pieces remained untouched, and Bendy returned to Australia. In the end, the 'N' series was finalised with both band members in the same room, but with the files having travelled through Time and Space, across the world and back again, and through a journey of many many months.

Additional additional note: astute Mergophiles will no doubt notice that the letters 'Q', 'S', 'U' and 'W' are missing. 'S', 'U' and 'W' were performed live on stage, and are downloadable in their entirety at this site. 'Q' was performed as an alternate soundtrack to the movie 'Eraserhead', and as yet remains unreleased in any form.